I generally like to plan my reading list out about a month in advance. While I don’t commit to reading exclusively from this list, it helps me to outline what books are a priority for me, and to keep my TBR pile from going stale. Having a general idea of what I’m going to read next helps to keep me motivated and focused on my reading goals.

September welcomes the beginning of fall, and here in Minnesota, that means temperatures are already beginning to hover in the mid-sixties. The onslaught of cooler, crisp weather has me craving magical and dark reads as we approach the Halloween season (which I take very, very seriously – I already had my Halloween costume picked out in early August). Everything I have prioritized for my September books has some sort of creepy or supernatural vibe, which is exactly what I need to kick off my fall.

Without further ado, here’s what I’m looking forward to reading in September: 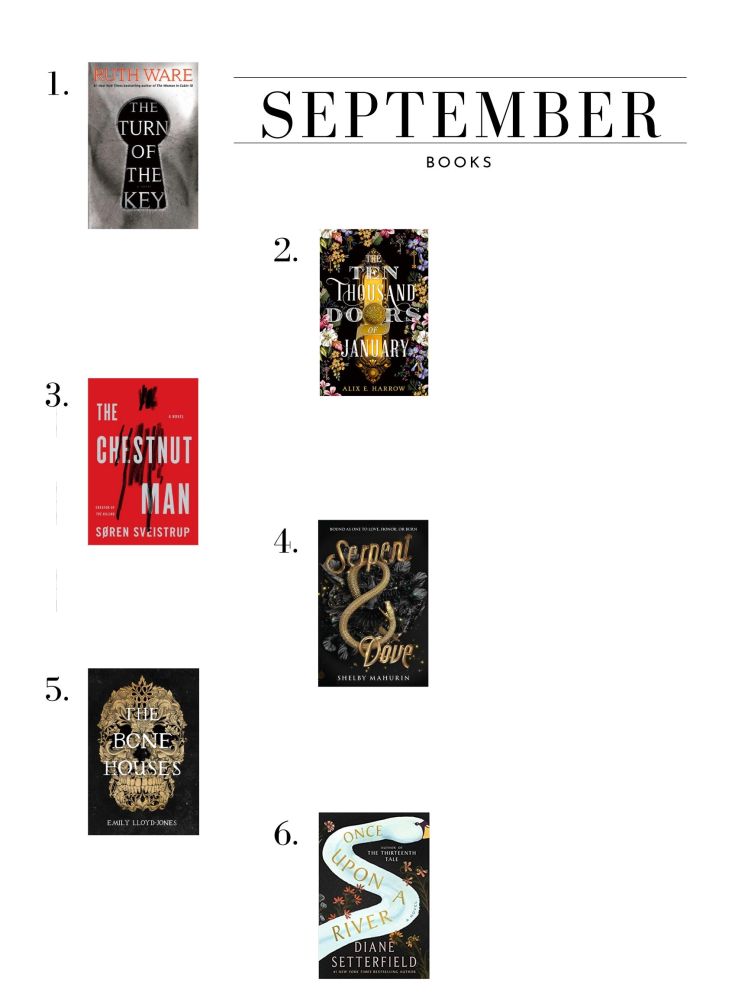 What are you looking forward to reading this month?